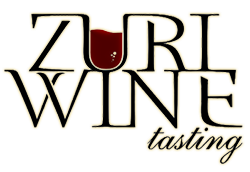 Named on four of her labels: Vivian Chardonnay, Raymond Malbec, Isabelle Sparkling Almond Wine, Henry Zinfandel and her very first Vintage That Southern Taste, Syrah Rose. Each Varietal has a story of her life growing up in the South in Louisiana. The wines are carried in selected wine shops, online and Tastings by appointment

Theopolis Vineyard
Theopolis Vineyards  is a small lot vineyard and hand-crafted winery located in California’s prestigious Yorkville Highlands of the Anderson Valley.  Situated along Highway 128 in southeastern Mendocino County near the border of Sonoma County, the AVA is a highly elevated, rugged interior wine-growing area. Established in 2003, Wine Critic Robert Parker bestowed upon wine made from grapes harvested from Theopolis Vineyards a stellar rating of 94-96 points, a spectacular showing for the vintner’s first harvest in 2006.

Charles Wine Company
Charles Wine Company is family-owned and managed with a portfolio of premium wines representing the rich diversity of the Western States: California (Northern, Central and Southern), Washington and Oregon appellations.

"Our dream started in 2007 with a trip to Temecula Valley Wine Country for wine tasting, which lead me to the cellar with the winemaker/owner doing a barrel tasting.  This introduction sparked my interest to purchase my first premium wine kit which began our journey.  After a successful bottle I decided to convert my backyard to a Vineyard, growing Cabernet and Zinfandel.  The grapes was crushed by hand to produce our first bottle of wine." - Paul Charles, Owner
Read more about Charles Wine Company in Cuisine Noir magazine.

Branwar Wine Distributing Co
Branwar Wine Distributing Co. was established by founder Wayne Luckett and son Warren. Their vision is to introduce South African wines to the U.S. market while creating a new generation of wine connoisseurs.  Branwar has become the preeminent distributor of South African wines offering the most diverse portfolio in the market.  Today their  wine portfolio has expanded to include other regions including the United States, Chile, Argentina, Italy and Spain.
Branwar Wine Distributing Co. serves as an importer and wholesaler for international wine distribution across the Texas market. Their wines are available in upscale restaurants and wine bars across the United States. Branwar Wine is a certified member of the Port of Houston, Houston Minority Supplier Diversity Council, and an MBE (Minority Business Enterprise) for the City of Houston. Branwar Wines is also certified as a Texas Historically Underutilized Business (HUB).
Abbey Creek Vineyard
North Plains, OR
Winemaker Bertony Faustin plants the vines, tends to them, harvests the fruit and makes the wine. He is the heart and soul, the drive that pushes Abbey Creek forward.   A transplanted New Yorker, Bertony has found not only his family, but his destiny in Oregon wine country. A physical trainer by trade, Bertony started his wine career like many, somewhat by accident.


Bodkin Wines
Healdsburg, CA
Winemaker Christopher Christensen makes California’s first sparkling sauvignon blanc as well as a still sauvignon blanc. Other varietals include a muscat canelli and a zinfandel that will be released this September.

Flo Brands
Silver Spring, MD
Founded by jazz artist Marcus Johnson, FLO Wine, part of FLO Brands, produces and sells two types of wine – a Chardonnay and a Red Blend. The wine is bottled in northern California and created using grapes from the best appellations around the state.

An internationally renowned wine connoisseur and wine columnist, Jabulani Ntshangase developed a keen interest in the wine industry in the late 1970's while studying towards his business degree on a United Nations Scholarship at the Baruch College in Manhattan, New York. This interest started when he was employed as a clerk in an upmarket Manhattan Wine Shop.
Read more about Jabulani Ntshangase in Cuisine Noir magazine.


House of Mandela Wines
South Africa
(Distributed by Heritage Links Brands)
Nelson Mandela’s daughter and granddaughter have launched a premium wine label with fine wines that capture the essence of the South African’s viticulture that is truly becoming an industry rival worldwide.
Read more about the House of Mandela Wines in Cuisine Noir magazine.

Indigenè Cellars
Paso Robles, CA
Raymond Smith is the owner and winemaker for Indigenè with the winery based in Carmel Valley, Monterey County. The Riesling (I=mb2) is fruit-forward and pleasing, the Cabernet Sauvignon, complex.

L’Objet Noir
Healdsburg, CA
Dan Glover is the winemaker behind this brand.  The 2008 L’Objet Noir, Pinot Noir is from the well known Bacicalupi Vineyard located in the storied Russian River Valley.
Read more about Longevity Wines in Cuisine Noir magazine.

Longevity Wines
Livermore, CA
Winemaker Phil Long enjoys the challenge of bigger wines, but approaches each varietal with the same dedication.  The tasting room is open every Friday, Saturday and Sunday from 12 to 5 pm. Favorites in the barrels will always include Cabernet Sauvignon, Merlot, Debruvee (the signature Rhone Style blend of Syrah, Grenache, Mourvedre, and Petite Sirah), and Philosophy (Bordeaux style blend), and Chardonnay among others.
Read more about Longevity Wines in Cuisine Noir magazine.

MORENO BHLV®
MORENO BHLV® Award Winning California Sparkling Wine is the creation of Luins and Maureen Williams of Premier Label Water Co; pioneers and innovators of custom label bottled water since 1992. PLWC was the first to apply Swarovski Elements to a beverage bottle; that package won the 2007 Glass Package Institute of America “Clear Choice Award” for the non alcoholic category. It was at the urging of their Las Vegas Casino and California customers that they expanded their line to include a California Sparkling Wine adorned with Swarovski Elements, MORENO BHLV “The Beverage of Celebration”.

Nyarai Cellars
Jordan, Ontario – Canada
Winemaker Steve Byfield is the owner of Nyarai Cellar, one of the small yet growing collection of vintner-directed virtual operations within the Niagara region.
Read more about Nyarai Cellars in Cuisine Noir magazine.

Nyarai Cellars
Jordan, Ontario – Canada
Winemaker Steve Byfield is the owner of Nyarai Cellar, one of the small yet growing collection of vintner-directed virtual operations within the Niagara region.


Running Tigers Wine
Sacramento, CA
Winemaker and owner Daniel Bryant is also a member of the Association of African American Vintners and his Syrah is full of fruit and spice. Daniel also operates A Color of Grape Wine Tours and Education.

Seven Sisters
Morgenster, Brackenfell, South Africa
(Distributed by Heritage Link Brands)
The Brutus family of seven biological sisters started this business in the wine industry.  Their wines are sold in 41 states as well as on American Airline’s international flights.

Sharp Cellars
Sonoma, CA
Vance Sharp is the owner of Sharp Cellars, located in Sonoma County. The Zinfandel is wildly popular with a hint of residual sugar, and the Pinot Noir is also a standout.

Simply Vino
Los Angeles, CA
Simply Vino’s Vina Sympatica™ is a bubbly blend of super fruit and wine and as its name suggests, quite simply “a likeable wine.” The concept is a play on the traditional wine spritzer – cool, classic, light and enjoyable.

Sosabe Cellers
St. Helena, CA
Sosabe Cellars is a boutique family owned winery located in St. Helena. Founders Nuias and Sabino de Pina have a long lineage in Napa Valley, dating back to the 1930s when their grandfather and great uncle emigrated from Cape Verde Island and settled in California. Sosabe Cellars wines are sold in many restuarants and stores throughout California, Massachusetts, Rhode Island, New York, New Jersey, and also by direct shipments to many reciprocal states.


Truvee Wines
San Francisco, CA
Marrying 10 plus years of experience in the wine industry as négociants, and creators of eco.love Wines from New Zealand, Andrea and Robin McBride have crafted another authentic, but affordable luxury wine, this time from select vineyards within the Central Coast of California. Their vision for Truvée is to make delicious wines everyone can enjoy and inspire people "to find" what matters most to them.
Read more about the Truvée and the McBride Sisters in Cuisine Noir magazine.

The Vegan Vine
Los Angeles, CA
Retired basketball star John Salley has embraced his vegan lifestyle and love for wine by partnering up with Clos LaChance Winery for his first foray into the wine industry. Winesare sold online and at select retail locations.
Read more about The Vegan Vine in Cuisine Noir Magazine.

TwentyFour Wines
Napa, CA
Charles Woodson discovered his appreciation for wine in 1998 when he arrived in Napa with the Oakland Raiders for training camp.  The TwentyFour vineyard is farmed with the same artisanship, precision and delicate care that is at the core of the winemaking philosophy.

Jerry Bias owns and operates this winery in Virginia – that’s right, it’s not in California. They make a range of vitis vinifera, but also some vitis labrusca varietals. Tasting room open to the public.
Read more about Wisdom Oak Winery in Cuisine Noir magazine.

XIX Wine
Los Angeles, CA
XIX was created in partnership with NFL superstar Keyshawn Johnson and is a custom creation from the Echo West Vineyards in Northwest Oregon and made with 100 cabernet sauvignon grapes.